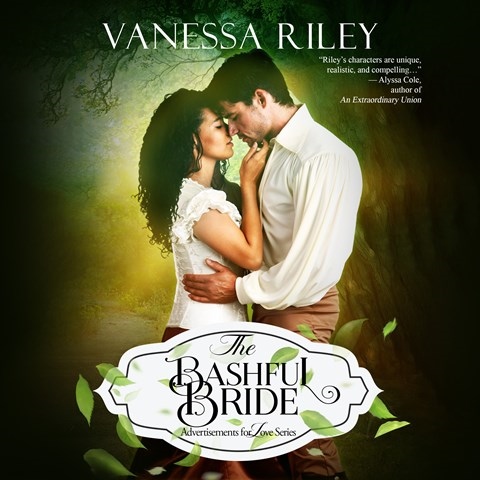 Jessica Bolte narrates a surprisingly sweet love story set during the tumultuous British abolitionist movement. Ester Croome wants her marriage to be one of grand passions--and not simply a furthering of her father's business arrangements. Arthur Bex, a rising star of the London theater scene, is in desperate need of a wife. Bolte's portrayal of Ester as she grows from a slightly spoiled girl into a young woman who is secure in her sense of self is remarkable in the ways that the character's emotional stumbles and missteps are given full due. Similarly, her visceral depiction of Arthur's guilt and grief over his role, however small, in his uncle's slave trade is extremely poignant. Bolte also does well with secondary characters, especially groom Jonesy and journalist Phineas. K.M.P. © AudioFile 2019, Portland, Maine [Published: JUNE 2019]