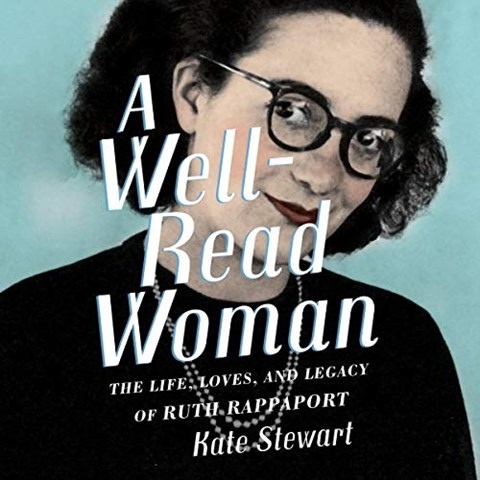 A WELL-READ WOMAN The Life, Loves, and Legacy of Ruth Rappaport

This audio biography begins when Ruth Rappaport, who grew up in Leipzig, emigrated to the U.S. at age 15. Escaping the Nazis, Rappaport ended up in Seattle and ultimately became a librarian. In 1959 she set up libraries for the Army, first in Okinawa and then in Saigon; after that, she was a cataloguer for the Library of Congress (1971-1993). Shifting effortlessly from German, French, and Hebrew to English, narrator Christa Lewis modulates her voice to distinguish the narrative from letters, diaries, and dialogue. The biography is a reflection of Rappaport's life and her passion for bringing books to readers, especially soldiers. Lewis captures Rappaport's life and legacy through an impassioned and enlightening performance. M.B.K. © AudioFile 2019, Portland, Maine [Published: SEPTEMBER 2019]