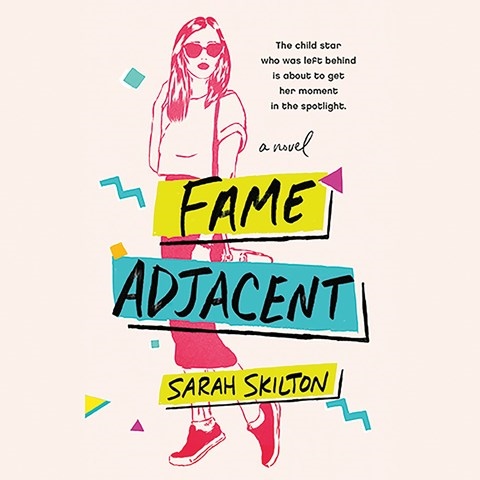 Narrator Karissa Vacker brings impeccable timing and pacing to this hilarious story about how people change. Holly has been reflecting on her former days on the popular kids' show "Diego and the Lion's Den"--so much so that the subreddit thread she started on the topic has landed her in "Internet rehab." Vacker's steady tone mirrors Holly's thoughts and flashbacks to "the old days" and captures her sarcasm as she faces obstacles to her plan interrupt the 25th anniversary party of the show with a fellow Internet rehab participant named Tom. For two other characters, Vacker seamlessly changes to a Southern twang and a posh British accent, but she's in her element as Tom and Holly, whose flirtatious and comedic banter will captivate listeners. A.LC. © AudioFile 2019, Portland, Maine [Published: MAY 2019]