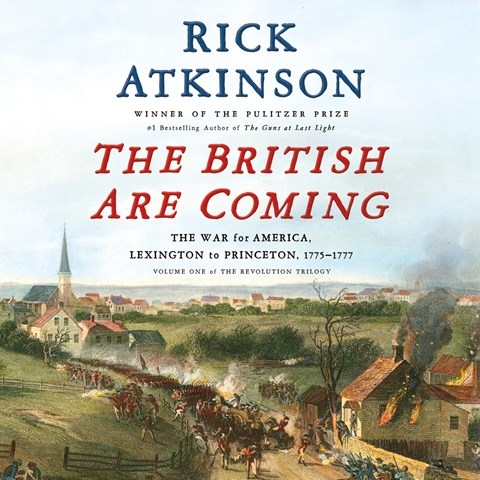 THE BRITISH ARE COMING The War for America, Lexington to Princeton, 1775-1777

The winning combination of George Newbern’s engaging narration and Rick Atkinson’s vivid new work of history—the first in a planned trilogy about the American Revolution—brings to life what could have been a dry account of Revolutionary battles. While this is primarily a military history, Newbern is also adept at voicing the stories of ordinary colonists, most of whom did whatever was necessary in a fraught time, including confronting their own divided loyalties between the lofty ideals of independence and the security of British rule. Though the book is not without humor, Atkinson shares minute details of life during that period, including graphic descriptions of battlefield medicine and wartime atrocities. D.G.P. 2019 Best Audiobook © AudioFile 2019, Portland, Maine [Published: AUGUST 2019]