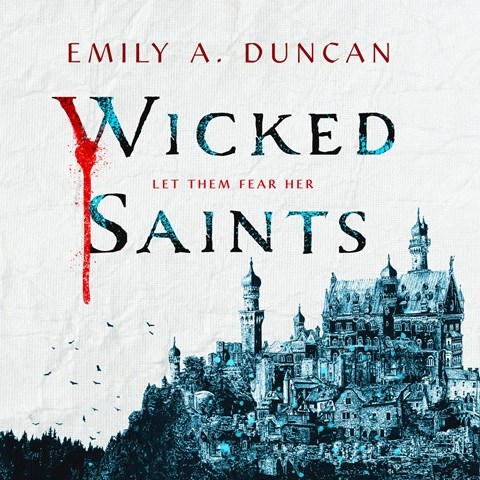 by Emily A. Duncan | Read by Natasha Soudek, Tristan Morris

Two narrators deliver the dual perspectives of Nadya, a Kalyazi cleric capable of casting spells, and Serefin, high prince of Tranavia and an immensely powerful blood mage. Tristan Morris captures Serefin's lighthearted charm and Russian-inspired accent, but Natasha Soudek steals the show as Nadya. While running from Serefin and his soldiers, Nadya reluctantly allies herself with a mysterious Tranavian defector. Soudek's depiction of the defector is sultry, deep, and tinged with an irresistible Russian accent. The listener empathizes when Nadya finds herself pulled toward his tragedy, his intrigue, and his dark mystery. Soudek also provides a dynamic range of accents and strong personalities for a plethora of other characters, including an entire pantheon of gods. A.K.R. Winner of AudioFile Earphones Award © AudioFile 2019, Portland, Maine [Published: APRIL 2019]