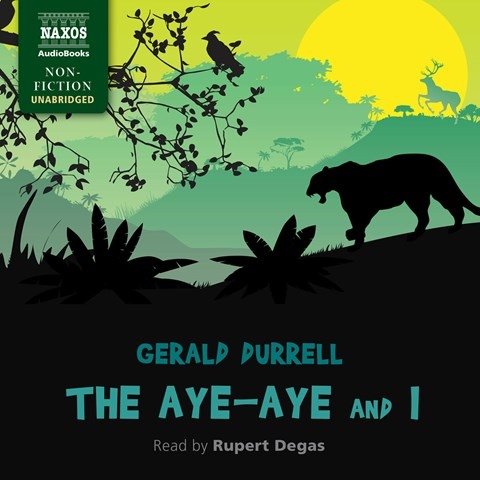 THE AYE-AYE AND I

Oh, the utter delight of adventuring in Madagascar with the late English naturalist Gerald Durrell and his poly-voiced narrator, Rupert Degas, who beautifully channels Durrell’s slightly raspy voice, his exuberant personality, and his enthusiasm for every variety of fauna, including human. The book describes a 1990s trip to Madagascar’s remotest regions to find and collect a breeding population of a mysterious and endangered lemur known as an aye-aye. As Durrell’s team and a BBC film crew endure drenching rain, oven-baked heat, and giant mosquitoes with edifying humor, Degas evokes a wealth of personalities and accents, adding technicolor to the lively writing. Where else, for example, could one meet a hammerhead shark with a mouth reminiscent of “Somerset Maugham’s drooping smile”? A.C.S. Winner of AudioFile Earphones Award, 2019 Best Audiobook © AudioFile 2019, Portland, Maine [Published: MAY 2019]