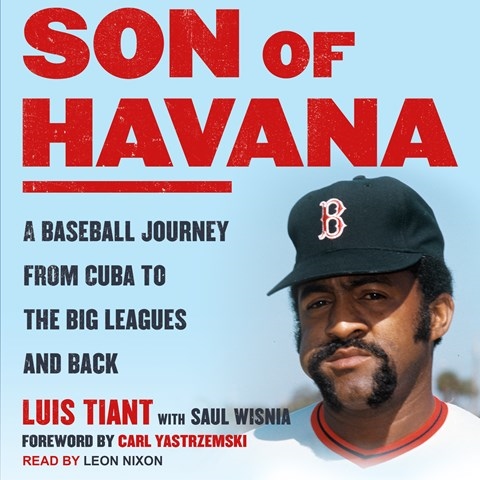 The challenge of narrating this audiobook is to clearly differentiate between its two alternating points of view: The third-person perspective of the author and the first-person perspective of former Boston Red Sox star Luis Tiant. Leon Nixon narrates both in a deep, serious tone which, while very clearly describing the life of the colorful baseball great, takes a slow, somber tone that seems at times a bit too deliberate. Still, the story is an interesting one of a cigar-smoking Cuban exile who played into his 40s. Nixon narrates with an overall dramatic tone but does not try to imitate anyone, letting the story stand on its own. Details of Tiant's life are interesting--particularly his Cuban upbringing, his well-documented separation from his family, and his time as a beloved part of Red Sox Nation. M.B. © AudioFile 2019, Portland, Maine [Published: JULY 2019]