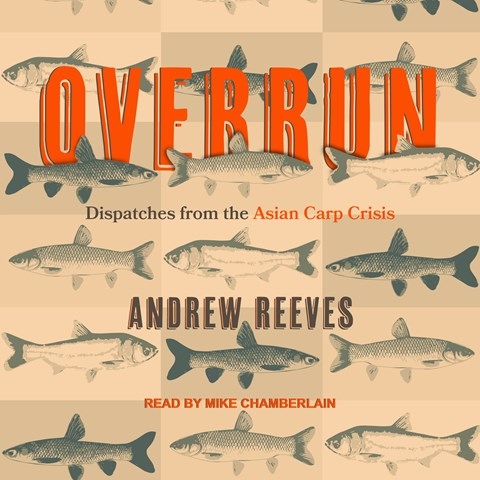 Mike Chamberlain narrates Reeves's fish story in the voice of a classic reporter. His delivery has the feel of an investigation as Reeves pursues the story behind an $18 billion proposal to block Asian carp from entering the Great Lakes through access points in the Chicago area. Reeves goes back to the beginning: In the 1960s, carp were introduced as a biological solution. Carp that fed on weeds were seen as better for the environment than herbicides. The carp have since become an invasive species, adapting and expanding their footprint. Reeves details efforts to sterilize them and other attempts to stop their proliferation, including a push to bring them to skeptical diners. J.A.S. © AudioFile 2019, Portland, Maine [Published: JUNE 2019]