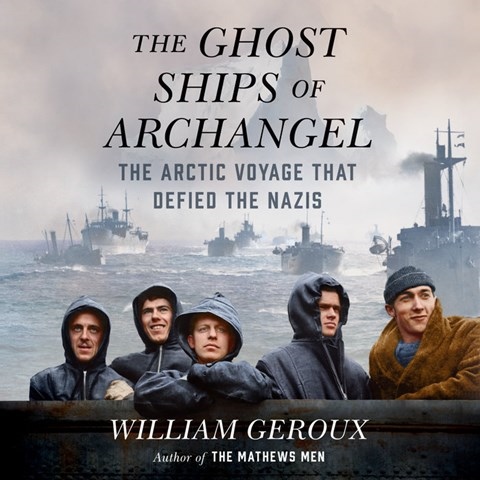 This audiobook provides insight into yet another group of unknown heroes of WWII, the soldiers on four Allied ships who braved the Arctic to deliver supplies needed by their fellow troops. Arthur Morey's performance complements the author's detailed description of how these soldiers accomplished their mission. Like a newsreel broadcaster, Morey's presentation is well paced. But it is his sense of awe at what was accomplished that transforms this audiobook into one that will appeal to both history buffs and those with only a casual interest in the war. Morey pays special attention to soldiers such as Navy Ensigns Howard Carraway and William Carter, whose tireless efforts showed how delivering supplies was as important to winning the war as the efforts of the troops on the front lines. D.J.S. © AudioFile 2019, Portland, Maine [Published: JULY 2019]