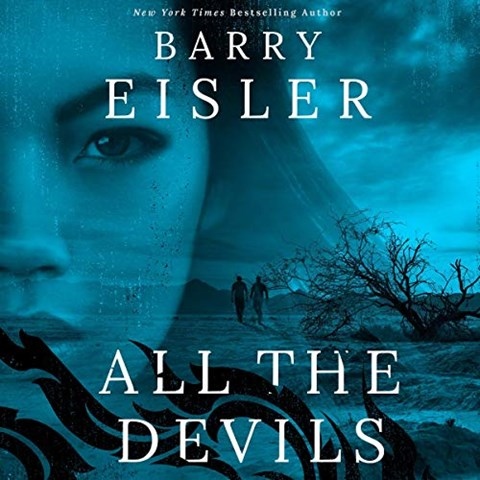 Barry Eisler delivers again as both author and narrator in the third Livia Lone thriller. Eisler's portrayal of Livia is compelling--gritty but feminine, ruthless but driven by a sense of justice. Livia's investigation of a vanished teenage girl in Seattle soon includes other disappearances when she discovers common signatures of rape and torture. She joins efforts with Homeland Security investigator B.D. Little, whose own daughter disappeared many years before. Eisler depicts Little's anger with intensity as the man's desperation for his own answers becomes entangled with his professional responsibilities. Livia and Little both have powerful personal incentives for pursuing the perpetrators, but they are stymied by an influential politician. As usual, Eisler dishes up his own fast-paced narrative with intense clarity. N.M.C. © AudioFile 2019, Portland, Maine [Published: JULY 2019]