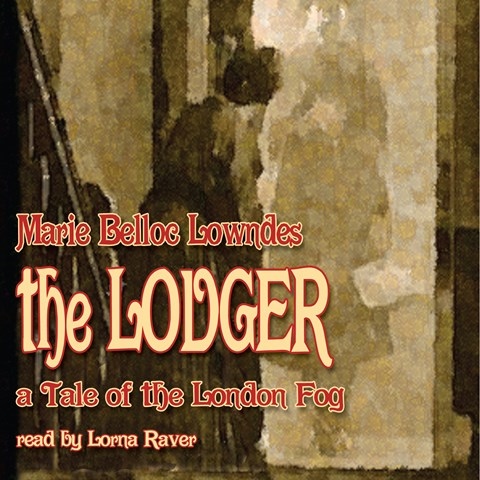 An elderly couple, the Buntings, have fallen on hard times. Only a few coppers keep them from the poorhouse. Mr. Sleuth, a very odd sort willing to pay handsomely for their shabby rooms, becomes their lodger. At this time, London is being plagued by a Ripper-like fiend. Slowly, the Buntings begin to suspect it’s Mr. Sleuth, but his money is too important for them to share their suspicions with anyone. Written in 1913, Marie Belloc Lowndes’s story explores the psychology of survival in the face of agonizing moral conflict. Lorna Raver’s performance is a tour de force. Her dexterity shifting between accents is breathtaking. She creates the precise intensity, uncertainty, or sheer terror called for by each shocking situation. Raver’s performance, combined with Lowndes’s literate, suspenseful plot, makes this must listening. S.J.H. Winner of AudioFile Earphones Award © AudioFile 2004, Portland, Maine [Published: FEB/ MAR 04]