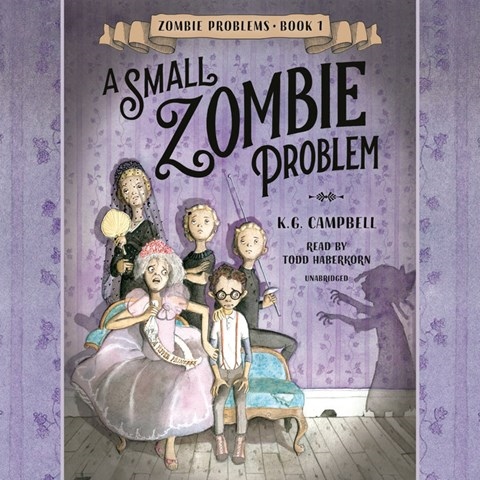 Narrator Todd Haberkorn paints a memorable picture of the quirky DuPont family, who live on a Louisiana estate that time seems to have forgotten. August, who is homeschooled by his high-strung Aunt Hydrangea, longs for friends. Just as he starts to make some, he unintentionally reanimates a friendly zombie who then won't leave him alone. Hilarious situations ensue as August tries to sort out his problems--both supernatural and real. Haberkorn gives August an innocent, raspy voice that contrasts with the Southern accents of the eccentric characters around him. Listeners will laugh at Haberkorn's flamboyant portrayal of southern belle Aunt Hydrangea even as they sympathize with sweet, lonely August. S.C. © AudioFile 2019, Portland, Maine [Published: AUGUST 2019]