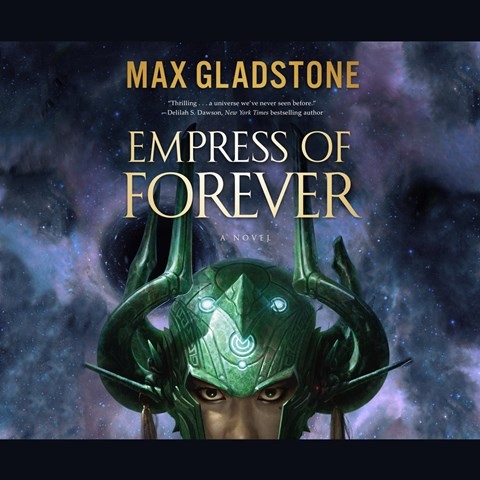 Natalie Naudus narrates a sprawling space opera with elan, moving with ease from Earth to the farthest reaches of an alternate dimension. Vivian Liao, a wildly successful tech genius on the brink of her biggest achievement, is suddenly and shockingly pulled from the world she knows into an alternate, far-future timeline. While Viv could easily come across as bossy and domineering, Naudus turns those potential flaws into advantages, suffusing her portrayal with confidence and conviction. The ragtag band of misfits Viv collects on her journey is equally well developed. There's the cranky warrior, the idealistic pilot, the naïve youth, and the serene monk. Naudus fully inhabits the characters in this alternate world. K.M.P. © AudioFile 2019, Portland, Maine [Published: AUGUST 2019]