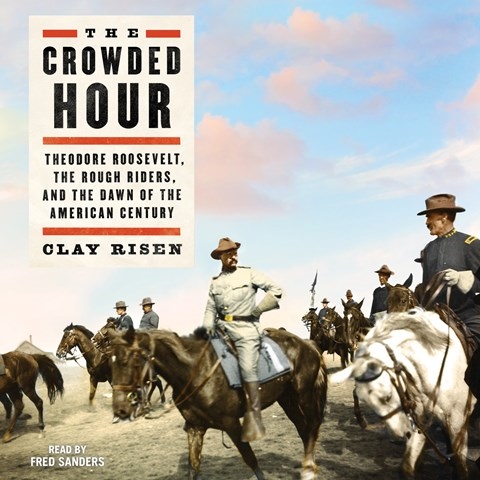 THE CROWDED HOUR Theodore Roosevelt, The Rough Riders and the Dawn of the American Century

Narrator Fred Sanders makes the audiobook welcoming for both casual listeners who are interested in one of the adventures that set this country on its path to becoming a world power and those who seek an in-depth look at Theodore Roosevelt and the Spanish-American War. Sanders delivers the work in an authoritative tone and what can only be called an even keel, moving through the audiobook without varying his straightforward approach. While his voice is not crystal clear, he pauses effectively to keep the story interesting, pronounces the Spanish words with an appropriate accent, and paces himself well. R.I.G. © AudioFile 2019, Portland, Maine [Published: AUGUST 2019]