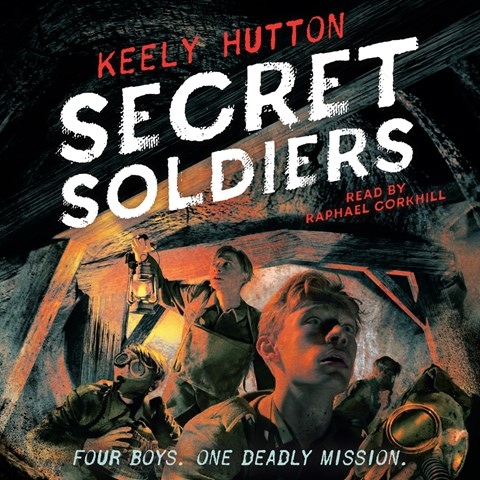 In this historical middle-grade audiobook, four disparate teens join a secret WWI mission, tunneling beneath no-man's-land toward the German front line. Narrator Raphael Corkhill is superb. He gives each boy a voice matching his nickname and personality. Shillings, named for his quick-fingered ability to steal one, speaks like the wily London urchin he is. Dover's lilting voice reflects his close-knit family's Irish roots. The gentle Mouse's voice is deep and soft--when he chooses to use it. Eton speaks with the accent of the British aristocracy. In addition, Corkhill deftly infuses kindness into the gruff and demanding officer who helps the teens bond into a cohesive unit. The horror and danger of war are palpable in a subplot involving an unnamed adult soldier who is fighting above ground. L.T. Winner of AudioFile Earphones Award © AudioFile 2019, Portland, Maine [Published: AUGUST 2019]