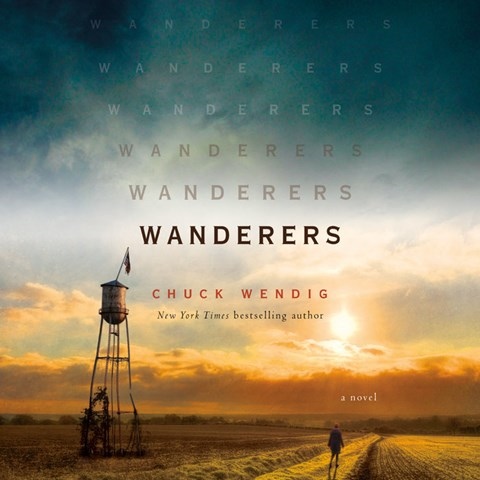 In this sprawling apocalyptic audiobook, people in the U.S. are infected with a mysterious sleepwalking sickness. The sleepwalkers increase steadily in number as they march inexorably west across the country, and attempts to stop them by force produce grisly results. Narrators Dominic Hoffman and Xe Sands portray the many characters who converge around the sleepwalkers, trying to figure out the cause of the phenomenon and what it means. While they are outstanding in their lead roles, some of their secondary voice work doesn't land quite as well. But with such a large cast of characters, the narrators can hardly be blamed for a few stumbles. Ultimately, it's impossible to deny the compelling performances at the heart of WANDERERS. A.T.N. © AudioFile 2019, Portland, Maine [Published: AUGUST 2019]