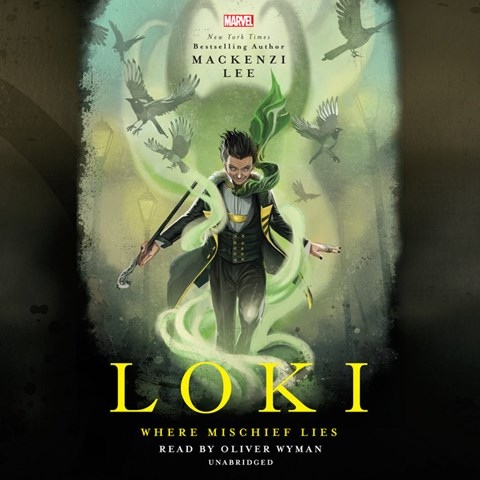 Narrator Oliver Wyman embodies everyone's favorite trickster god in this exciting origin story for Marvel's Loki of Asgard. When one of Loki's constant schemes to show up his brother, Thor, lands them both in hot water, he is banished to Midgard (a.k.a. nineteenth-century London) to investigate a series of magical murders. Wyman takes on the central role of Loki with relish, emphasizing his teenaged sarcasm and petulance while subtly exposing the self-doubt underlying them. He excels at the rapid shifts of tone such a changeable character requires. Wyman also creates memorable voices for the supporting characters--from dim but affable Thor and sly sorceress Amora to the plummy accents of England's Sharpe Society members. Listeners will love this magical adventure. N.M. Winner of AudioFile Earphones Award © AudioFile 2019, Portland, Maine [Published: SEPTEMBER 2019]