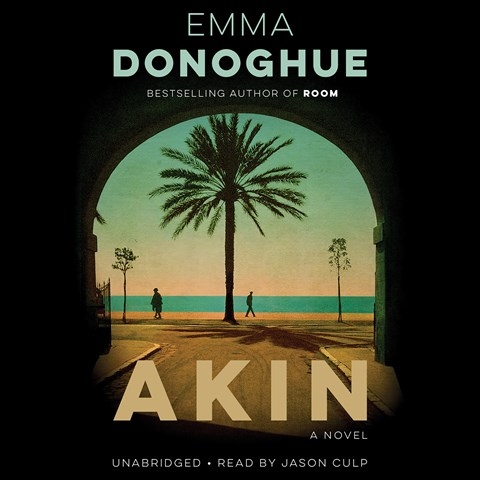 Jason Culp’s near-perfect narration of the new literary drama from the author of ROOM matches its emotional intensity. Two lost souls from distant branches of the same family tree are thrown together. Culp uses an edgy tone to express the frustration of set-in-his-ways 79-year-old retired professor Noah Selvaggio as his planned trip to the French Riviera is upended when he reluctantly takes Michael, an abandoned 11-year-old great-nephew, on the journey. Culp shines as he expresses Michael’s frustration with Noah’s lack of tech savvy and Noah’s wish that Michael were less profane. Donoghue plucks heartstrings with just the right song, and Culp orchestrates the character studies like a maestro with a baton. R.O. Winner of AudioFile Earphones Award, 2019 Best Audiobook © AudioFile 2019, Portland, Maine [Published: AUGUST 2019]