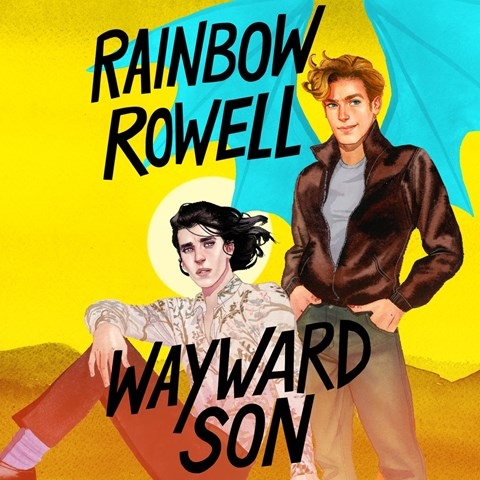 Euan Morton brings his exceptional narration skills to Rowell’s highly anticipated sequel. After defeating the Insidious Humdrum, Simon Snow, unsure what to do with his new life, falls into depression. At the urging of best friend Penelope and boyfriend Baz, the trio embark on a trip to America, driving across the West to “rescue” their friend Agatha from her self-imposed isolation in the world of Normals. Morton brings distinct voices and emotions to every character—from posh vampire Baz’s deep frustration to fast-talking wizard Penelope’s snappy repartee, from de-magicked and be-winged Simon’s formless longing to a whole bevy of American wizards, vampires, and Native-inspired creatures. Listeners will be hard-pressed to believe they aren’t listening to a full-cast production. H.C. Winner of AudioFile Earphones Award, 2019 Best Audiobook © AudioFile 2019, Portland, Maine [Published: SEPTEMBER 2019]