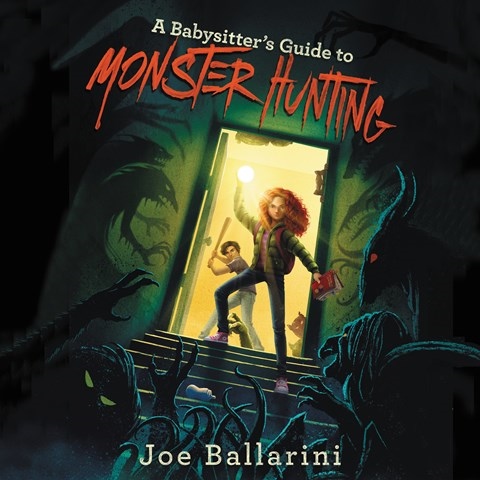 A BABYSITTER'S GUIDE TO MONSTER HUNTING #1

Narrator Kathleen McInerney strikes a balance between horror and humor in this campy adventure featuring first-time babysitter Kelly Ferguson. Kelly reluctantly babysits Jacob to earn some extra cash. McInerney gives Jacob a whining, demanding voice but infuses enough vulnerability to make the listener care for him. This is important as monstrous guttural Toadies, directed by a bogeyman of the worst order, snatch him from Kelly's care. McInerney's bogeyman oozes a sneering sarcasm--often singing creepy nursery rhymes. With the help of some well-placed humorous lines, however, the story pivots from the stuff of nightmares to the fluff of fun. A no-nonsense professional babysitter and several babysitters-in-training help Kelly rescue Jacob before his parents return. L.T. © AudioFile 2019, Portland, Maine [Published: AUGUST 2019]