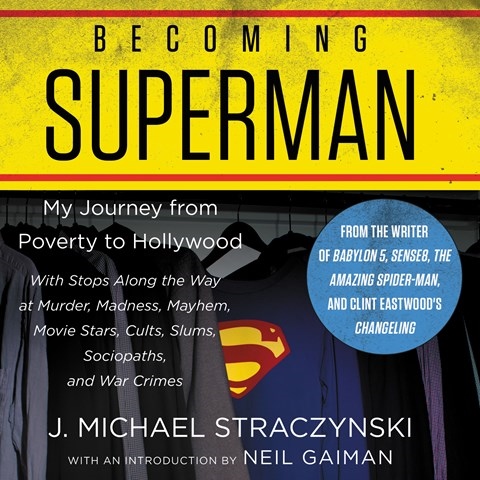 BECOMING SUPERMAN My Journey From Poverty to Hollywood

If you're going to reveal your life story, it's good to have a friend and fellow "Babylon 5" cast member perform it. Peter Jurasik, known to "Babylon 5" fans as the sleazy alien Londo Mollari, narrates the startling life of the series creator, J. Michael Straczynski, and his victories over a monstrous father, an abusive family, and, seemingly, an entire world out to destroy him. Jurasik soberly recounts his friend's life, a fascinating, almost unbelievable, tale of courage and determination. In all the comic books, movies, and television shows he wrote, Straczynski never created a villain more evil that his own father, a con man who collaborated with Nazis, beat his wife, and cheated everyone, according to his son. Yet, Straczynski conquered extreme poverty, abuse, and crippling psychological problems and succeeded in numerous fields. M.S. © AudioFile 2019, Portland, Maine [Published: OCTOBER 2019]