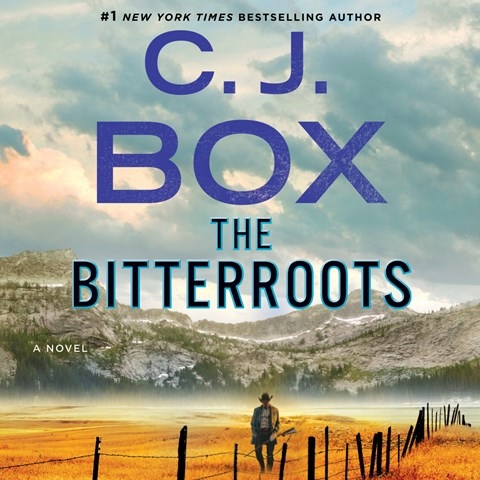 THE BITTERROOTS The Highway Quartet, Book 5

What happens when you combine an acclaimed C.J. Box novel with a terrific narration? A stellar audiobook like this one, narrated by Christina Delaine. Box is adept at creating memorable characters, and this audiobook is no exception. Delaine's deft ability to use subtle changes in tone and inflection give credibility to the story, which centers on former sheriff's investigator Cassie Dewell's efforts to open her own private practice. Her hope is to avoid some of the drama of her prior position. Instead, she finds herself investigating the Kleinsassers, a mob-like family who rule portions of Montana, while at the same time confronting truths from her own personal life. Delaine's spot-on performance ensures that Box's story and dialogue are as entertaining as ever. D.J.S. © AudioFile 2019, Portland, Maine [Published: OCTOBER 2019]