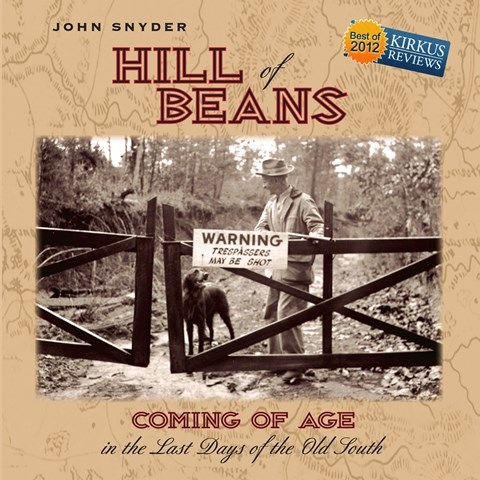 There's a hint of nostalgia in Chris Abernathy's voice as he narrates John Snyder's stories of growing up in the Carolinas in the 1930s and 1940s. He gives Snyder only a trace of a Southern accent, adding in just a little more for Snyder's daddy, who plays a large role in the story. Other characters, such as Snyder's aunts, are voiced with dialect in full bloom. Snyder's memories of going barefoot in the summer and visiting a neighbor who collects snakes are told with warmth. There are sadder memories; he recalls the first funeral he attended. Some memories, of his aunts' racial attitudes or the adolescent sex talk among boys when he was a teen, may be discomforting to listeners. J.A.S. © AudioFile 2019, Portland, Maine [Published: JULY 2019]