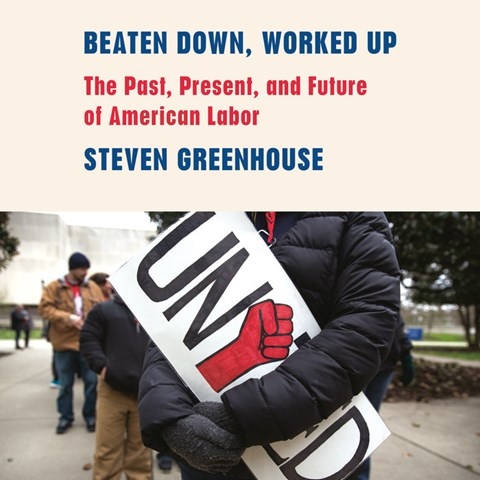 BEATEN DOWN, WORKED UP The Past, Present, and Future of American Labor

In a laconic conversational voice, Fred Sanders narrates Greenhouse's rich history of organized labor in the U.S. The author recounts the central role that unions have played throughout the last two centuries, weaving together the social, economic, technological, legal, and international threads that led to the power unions once attained. Despite their membership decline in the 21st century, Greenhouse believes unions still play a pivotal role in employee/employer relations. Sanders's voice is gentle overall, and he maintains a steady cadence when Greenhouse is covering background and details. During critical commentary he provides more emphasis. L.E. © AudioFile 2019, Portland, Maine [Published: SEPTEMBER 2019]