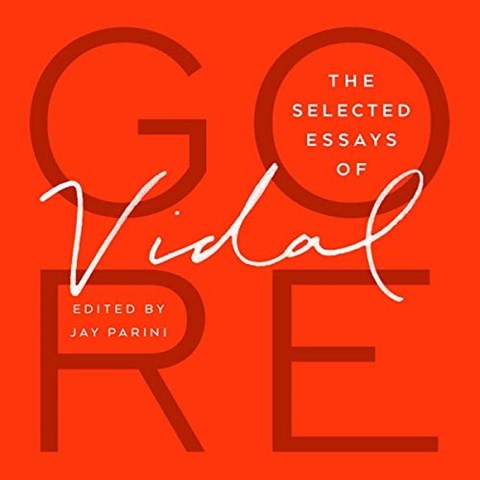 THE SELECTED ESSAYS OF GORE VIDAL

None of these short essays are in Vidal's own voice, that distinctively tart patrician voice so familiar to TV audiences half-a-century ago. Maybe that's for the best. Jeff Cummings, who narrates several of Vidal's other nonfiction works, frees these "occasional essays" from Vidal's voice, and his overriding personality, and highlights their prose excellence, grace and wit, and fine writing. These are likely to be the enduring works from Vidal's canon, and the subjects he dissects--including Montaigne, the life and career of his friend Tennessee Williams, and the neglected novelist Dawn Powell--are as fresh and engaging as they were 50 years ago, and will likely be 50 years from now. D.A.W. Winner of AudioFile Earphones Award © AudioFile 2020, Portland, Maine [Published: JANUARY 2020]