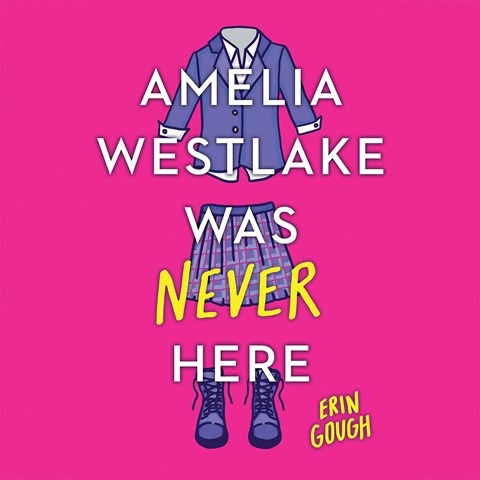 Candice Moll and Jaye Rosenberg nimbly alternate chapters as they narrate this audiobook. Who is an incisive cartoonist, a prankster, and a righter of wrongs? That’s the question everyone’s asking at prestigious Rosemead School, and the answer is Amelia Westlake. But Amelia is a hoax—two students have made her up. Wilhelmina is a sarcastic and antisocial artist. Harriet is a people-pleasing model student. They had nothing in common until they invented Amelia, and now they can’t concentrate on anything else. Moll and Rosenberg nail the quirks and layers of their characters perfectly—from Will’s disaffected sneer, which covers up her deep vulnerability, to Harriet’s chipper observations, which are tinged with quiet desperation. The narrators excel at creating distinct voices for each girl while consistently mirroring the other in the dialogue between them. The consistency gives listeners insight into Will’s changing perception of Harriet and vice versa. N.M. © AudioFile 2019, Portland, Maine [Published: AUGUST 2019]