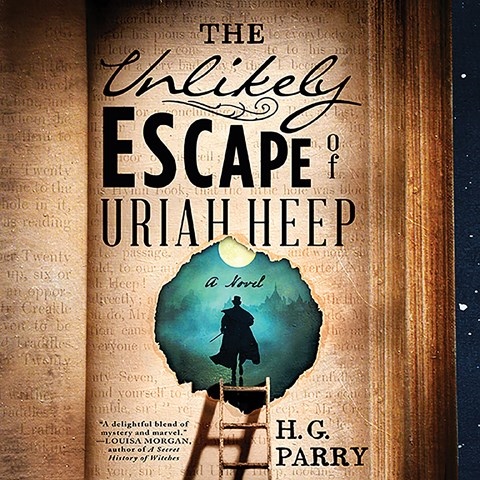 THE UNLIKELY ESCAPE OF URIAH HEEP

New Zealand native Calum Gittins portrays a host of characters in this mash-up of classic and contemporary literature. Charlie, a "summoner" who has the power to read objects and people out of books, is voiced in a soft and often frazzled tone that sometimes reaches an excited pace. Charlie's older brother, Rob, has a thicker New Zealand accent and a stern voice that gives way to guilt whenever he becomes upset with his younger sibling. Throughout the book, Gittins seamlessly transitions between a variety of accents, including Midwestern American, various British accents, and others. With the help of characters from well-known English literature such as Sherlock Holmes and Frankenstein, the brothers must solve a puzzling mystery while ensuring that no one outside the family discovers Charlie's uncanny ability. V.T. © AudioFile 2019, Portland, Maine [Published: SEPTEMBER 2019]