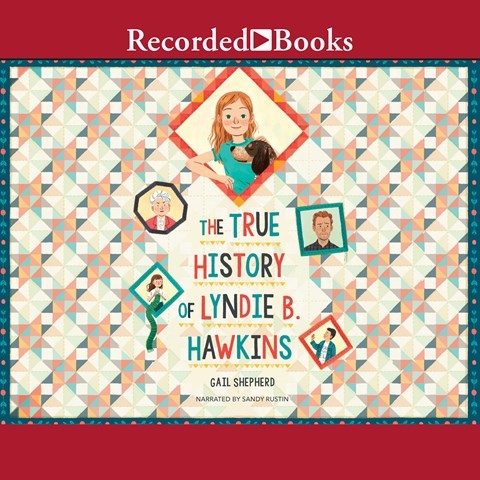 THE TRUE HISTORY OF LYNDIE B. HAWKINS

Narrator Sandy Rustin portrays the innocence of 11-year-old Lyndie B. Hawkins and her puzzlement over the adults in her life. Rustin vividly depicts Lyndie's memories of the idyllic life she once had with her father, a Vietnam vet, and her mother, a pacifist. Then the family moves in with her domineering grandmother, who is strongly portrayed by Rustin. Rustin emphasizes the contrast between Lyndie's two lives. Her mother is now in a near-catatonic depression, her father unsuccessfully hides his alcoholism and PTSD, and her grandmother's sense of pride is overwhelming. School portraits are just as vivid as Rustin depicts Lyndie's shifting relationship with her lifelong friend, Dawn, and with the reform-school boy whom Dawn's family is fostering. S.W. Winner of AudioFile Earphones Award © AudioFile 2019, Portland, Maine [Published: AUGUST 2019]