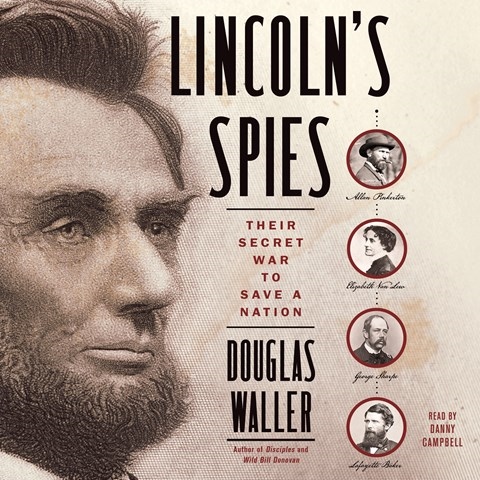 LINCOLN'S SPIES Their Secret War to Save a Nation

Narrator Danny Campbell chronicles the exploits and scandals of spies during the Civil War. Many people know that Allan Pinkerton, founder of the famed detective agency, worked as an intelligence officer for President Lincoln. But he was far from the only one. Campbell offers an engaging narration. His storytelling tone exactly suits the material, especially since the author takes an anecdotal approach rather than a chronological one. He doesn't add any false drama, but he varies his voice nicely to suit the material. He captures the sense of excitement during action-packed scenes and even provides a hint of humor during some of the more ludicrous espionage efforts. R.C.G. © AudioFile 2019, Portland, Maine [Published: SEPTEMBER 2019]