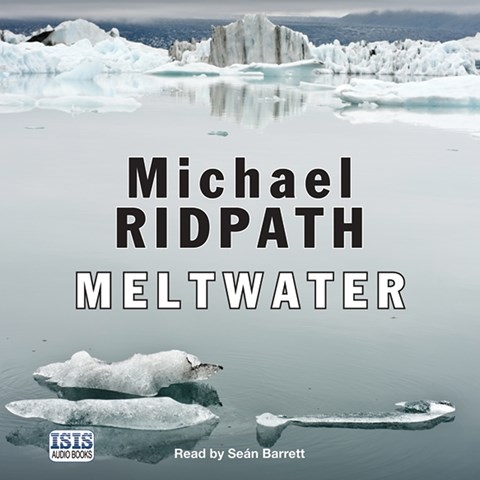 Sean Barrett's cool narration is ideal for Ridpath's chilling addition to his Magnus Iceland Mystery series. This time, along with the usual political cover-ups and intrigues he must deal with, Magnus is called in to investigate the murder of a member of Freeflow, an organization similiar to WikiLeaks. The group received a video ostensibly showing U.N. observers being massacred by Israeli troops. Calling their mission "Operation Meltwater," they plan to have the video authenticated, then upload it to the Internet. Barrett's performance is so smooth that the listener almost forgets he's there. His portrait of Magnus reveals a complex, decent man. His delivery of Icelandic place and character names is masterful. Ridpath has given us another well-written, deviously plotted noir--and Barrett turns noir into gold. S.J.H. © AudioFile 2019, Portland, Maine [Published: AUGUST 2019]