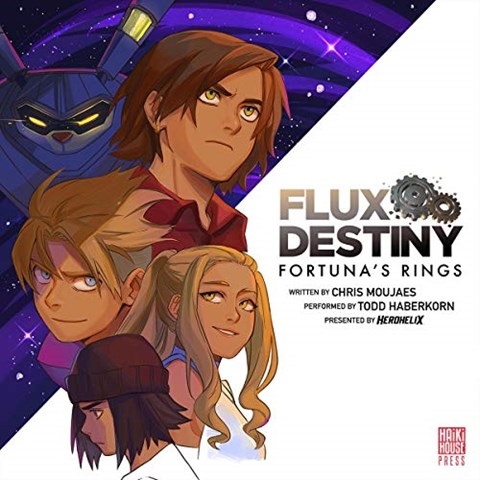 Narrator Todd Haberkorn's frolicsome performance perfectly conveys the energy of Moujaes's first audiobook, based on his popular graphic novel series. Teenagers Marco and Hugo have been called in to assist with a dangerous situation in Anderes, a city that sits atop a massive space-time rupture that could destroy the fabric of reality. Haberkorn captures the boys' different personalities, bringing out Hugo's irrepressible curiosity and mischievousness, which contrasts with Marco's darker intensity. When the city is overrun by Cankers, robot-like creatures determined to destroy and kill, Haberkorn is in his element, communicating the thrill of the battle with enthusiastic pacing. Longtime fans and newcomers to the series will relish Marco and Hugo's adventures and will look forward to their next foray into the Flux Destiny universe. S.A.H. © AudioFile 2019, Portland, Maine [Published: OCTOBER 2019]