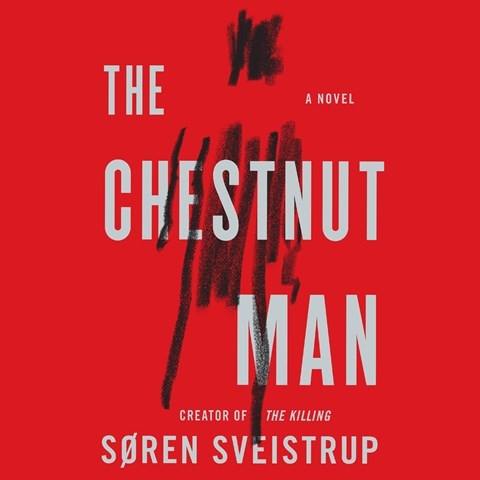 This superlatively good audio thriller, a first novel by the accomplished screenwriter Søren Sveistrup, is made almost unbearably vivid by narrator Peter Noble. The story hits all the usual gory marks of the genre but is also something more, psychologically richer, better written, and surprisingly moving. A chestnut man is a doll made in autumn by Danish schoolchildren, used here as the creepy signature of a particularly devastating serial killer. That you feel a sneaking sympathy for the murderer’s rage when you finally understand what has triggered it says volumes about Sveistrup’s skill, and the power of narration. Noble performs this demanding plot with total investment in the story, as if he were as caught in its grip as the characters. Impressive and haunting. B.G. Winner of AudioFile Earphones Award, 2020 Audies Winner © AudioFile 2019, Portland, Maine [Published: OCTOBER 2019]