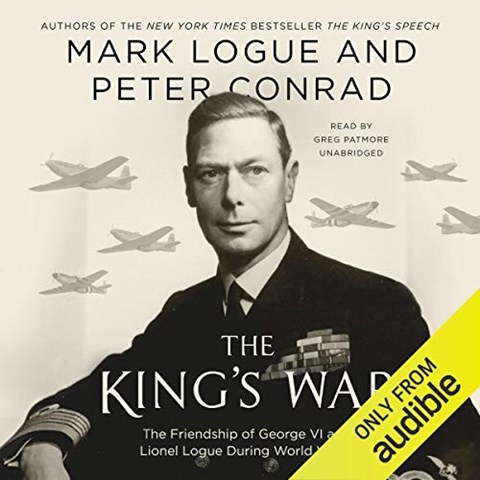 This audiobook is an engaging sequel to journalist Peter Conradi and filmmaker Mark Logue's earlier collaboration, THE KING'S SPEECH, which became a highly successful film. Logue is the grandson of the Australian-born speech therapist with unconventional practices, Lionel Logue, who employed his skills to support King George VI's efforts to better control his stammer. In a resonant baritone, with a tinge of a British inflection, narrator Greg Patmore expertly depicts their continuing friendship and professional relationship after the earlier volume ends. Patmore's authoritative, crisp, and vibrant performance brings the worlds of both the Windsors and the Logues to life. Logue family diaries, letters, and other documents were extensively mined, and Patmore enlivens them. W.A.G. © AudioFile 2019, Portland, Maine [Published: OCTOBER 2019]