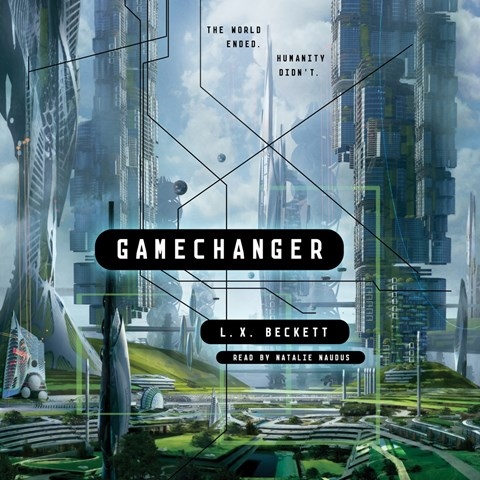 Natalie Naudus creates personas for a quirky cast of characters, most of whom have attitude. In the postapocalyptic world of the 22nd century, climate change has had a wide effect, and cultural change has been widespread. Enter Rubi, a star of multiplayer virtual reality games who has become a lawyer. In her role as public defender, she is defending a bad actor who is rude and insufferable and whose identity and guilt are unclear. This is not intended to be a subtle story, but it is intended to be fun. Naudus accentuates Rubi's Valley Girl qualities, which have the typical effect: People don't take her as seriously as they should. The plot is complex, and Naudus keeps the pace fast. Beckett is a pseudonym of Canadian fantasy writer A.M. Dellamonica. J.E.M. © AudioFile 2019, Portland, Maine [Published: DECEMBER 2019]