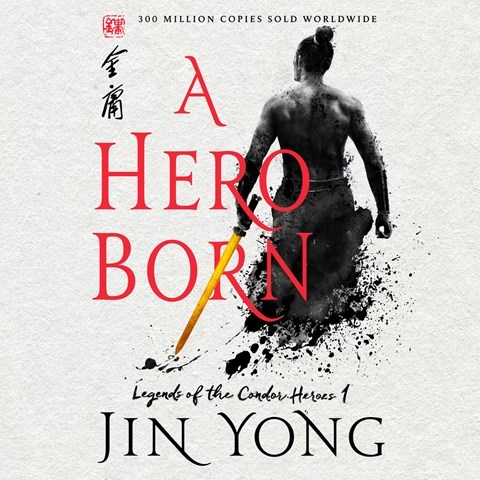 A HERO BORN Legends of the Condor Heroes, Book 1

Actor/filmmaker Daniel York Loh draws from his British/East Asian background to bring a unique cross-cultural graphic novel voice and energy to this Chinese version of a super hero saga. Author Jin Yong (1924-2018) was a literary phenomenon in his native China; he combined a love of martial arts with fantasy and history in his 15 bestselling novels. In A HERO BORN, a boy destined for greatness takes refuge on the plains of thirteenth-century Mongolia and is tutored in ancient combat techniques by craggy-voiced Shaolin masters and the crazy-talking Seven Heroes of the South. Loh is at his best when describing the story's evocatively named kung fu moves like "Embracing the Moon" and "Behead the Dragon." This is the first time this audiobook has been available in English. B.P. © AudioFile 2020, Portland, Maine [Published: APRIL 2020]