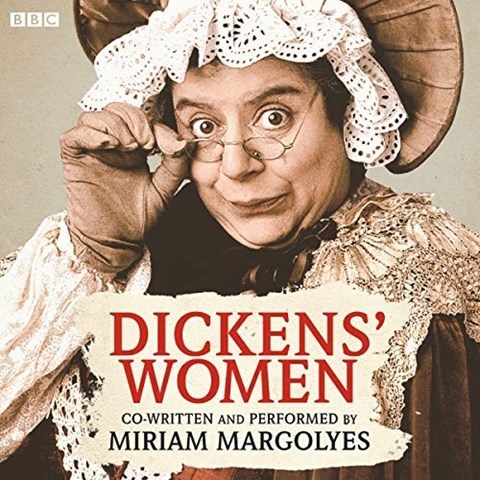 Miriam Margolyes is one of the finest narrators in the business today. She has a particular flair for Dickens, which she proved on London and American stages in her witty, informed and brilliantly acted monologue, DICKENS’S WOMEN. Margolyes has Dickens's verbal/visual personality down pat and breathes memorable, credible life into each of his many caricatures. One sees the story rather than hears it. She not only communicates the Dickensian world, but convinces us that it is a real world, full of vivid, breathing souls whom we can't help loving, hating, admiring and especially fretting over. Margoyles shows her brilliant rapport with an audience as DICKENS’S WOMEN was taped live in London The package quotes a London critic who calls the show "absolute magic." An understatement. Y.R. Winner of AUDIOFILE Earphones Award ©AudioFile, Portland, Maine [Published: JUN/JUL 99]