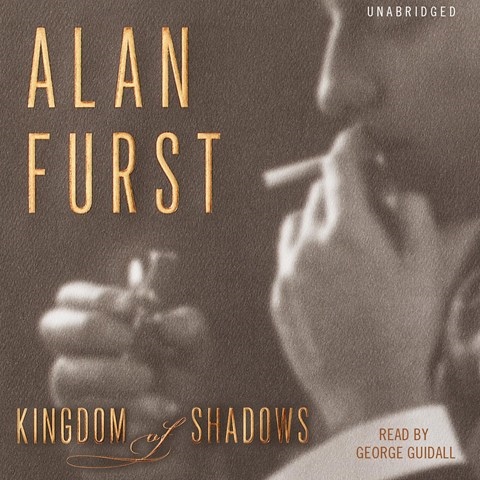 Furst's novel of intrigue and politics centers on middle Europe in 1938 and 1939. Our protagonist is a Hungarian émigré living in Paris who is involved in the private diplomacy occurring as the prelude to WWII plays itself out. Even though we know how things will turn out, the desperate attempts by small central European nations to position themselves to survive the inevitable is a riveting story. George Guidall is, as usual, excellent. His cast is large and multilingual, and he manages the diversity superbly. Each of his major characters has a consistently distinct voice, and his reading conveys all of the emotions inherent in the story. We even understand the giddy delight of Adolf Hitler as things work out almost exactly as he hoped. A captivating reading. R.E.K. (c) AudioFile 2004, Portland, Maine [Published: JUN/ JUL 04]