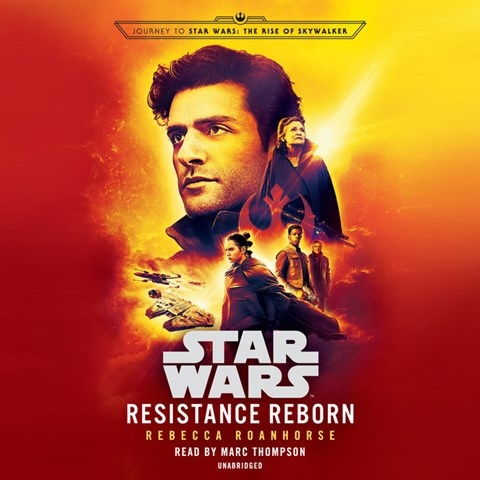 RESISTANCE REBORN Journey to Star Wars: The Rise of Skywalker

Narrator Marc Thompson draws from a seemingly bottomless well of voices to portray the many characters of the Star Wars universe. This story picks up shortly after the events of THE LAST JEDI, following the few remaining Resistance fighters as they struggle to survive and rebuild their ranks. Thompson finds a good balance between straight- up impressions and subtle homages when portraying the familiar movie characters. With varying degrees of success, he uses his own unique voices to develop the supporting cast. An unbearably sniveling villain is one instance where Thompson overdoes things. More often, though, he skillfully fleshes out lesser-known characters, such as the aged former Rebel, Wedge Antilles, and the intrepid members of Black Squadron. Overall, die-hard Star Wars fans will be pleased. A.T.N. © AudioFile 2019, Portland, Maine [Published: NOVEMBER 2019]