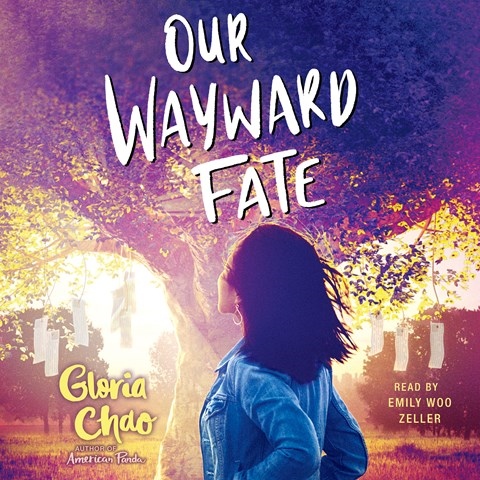 Emily Woo Zeller's narration captures the blossoming of Ali Chu, the only Taiwanese-American in a very white Indiana high school. Zeller reveals Ali's wit and uses more reflective tones to show her internal frustration at years of microaggressions. Ali's frustration becomes anger when peers assume she'll date Chase, the new Taiwanese-American boy. Zeller eloquently depicts the pair's intellectual attraction, clever repartee and, finally, their romantic connection. She also portrays the dynamics of the confusing relationship Ali has with her domineering, secretive mother. Zeller maintains narrative flow while still honoring the author's decision to include untranslated Chinese, along with a Chinese folktale that is key to the story's ending. Most importantly she expresses Ali's path to speaking up about her feelings and speaking out against wrongs. S.W. © AudioFile 2019, Portland, Maine [Published: NOVEMBER 2019]