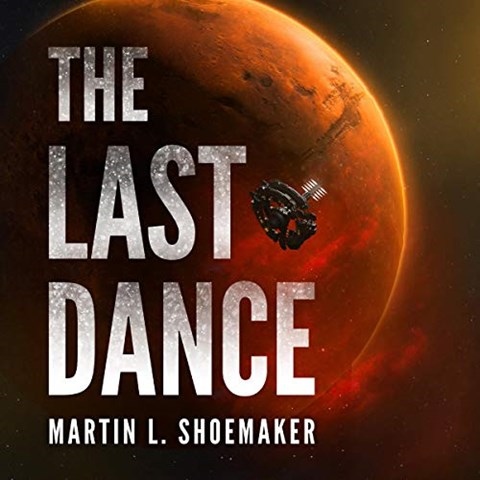 This intriguing audiobook tells the multilayered story of a mutiny in space in which nothing is simple. The production uses an ensemble of eight narrators, most of whom play characters who lend their perspective on events. The accused mutineer is Nicolai Aames, controversial captain of the Earth-Mars vessel ALDRIN, who is beloved by his crew but hated by politicians and fellow officers. Trying to make sense of what happened is Inspector General Park Yerim. Thanks to narrator Natalie Naudus's portrayal, listeners can hear every bit of Park's inexperience and doubt as she strives to unravel the ALDRIN's secrets. The rest of the narrators skillfully fill in the gaps of this complex mystery. The result is one exciting ride into the dangers of space. D.E.M. © AudioFile 2020, Portland, Maine [Published: NOVEMBER 2020]