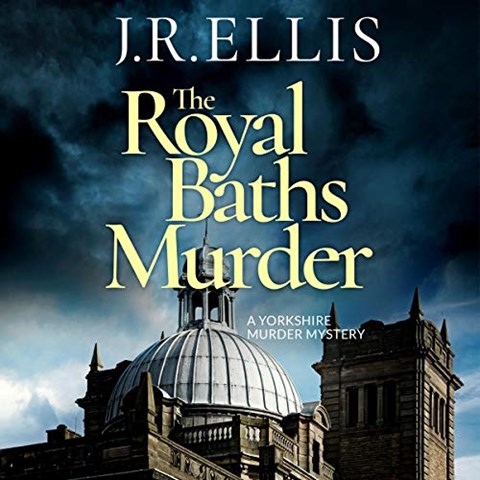 Michael Page flawlessly presents this story, based on an actual mystery writers' convention. After Damian "Poison Pen" Penrose is found dead in the town of Harrogate's Victorian baths, the list of suspects is unending. Listeners will accompany witty, literate Detective Chief Inspector Oldroyd as he sifts through a mountain of clues--and tries online dating. Page's portrayals of police, writers, and suspects are appealing and relatable, and conversations (on the phone and face-to-face) are similar to those in a well-acted play or radio drama. A timely subplot involves Detective Constable Steff Johnson, who reports the abusive behavior of some male cops toward some female co-workers. Outstanding descriptions of the gorgeous locale, angry ex-wives, and furious plagiarized authors make this procedural lively listening. S.G.B. Winner of AudioFile Earphones Award © AudioFile 2019, Portland, Maine [Published: DECEMBER 2019]