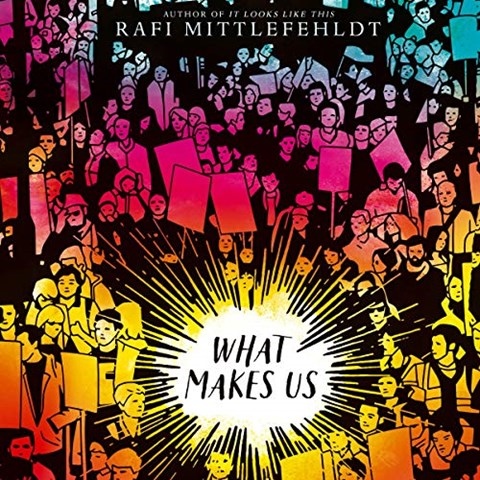 Narrator Graham Halstead soars as he uses his versatile voice to portray multiple characters in this poignant and sometimes painfully honest young adult novel. Halstead's talent is on full display as he delivers varied accents in a story about about culture, religion, and fear of the unknown. As the sins of the main character's extremist father surface, a Houston community reacts. Halstead seamlessly transitions from an angry and emotional 17-year-old to his Israeli mother, who is the picture of stoicism and firmness in the face of new and old allegations. Halstead delivers the shouting of a mob with accents ranging from upper-class tones to a stereotypical Southern drawl. The listener will be convinced this is a full cast. A.R.F. Winner of AudioFile Earphones award © AudioFile 2019, Portland, Maine [Published: NOVEMBER 2019]