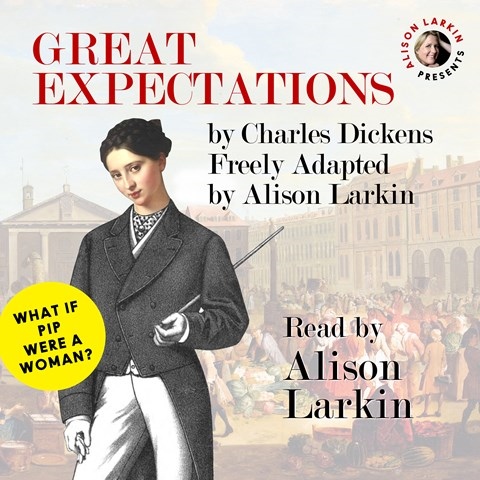 Alison Larkin serves double duty as adapter and narrator of this reimagining of GREAT EXPECTATIONS. Larkin creates a world in which the iconic orphan Pip is female, but her story of ongoing dramatic reversals in fortune and love remains otherwise the same. The production magnifies the significance of the adaptation by firmly conjuring the image of a young woman making her way in the world. Larkin's young Pip has a delicate voice, which becomes noticeably stronger as Pip grows into herself. Larkin's portrayal of Miss Havisham is appropriately brooding and histrionic, while Estella, Pip's unrequited love, is exquisitely cold in tone. Every character in the vast story has a distinct voice or accent, and Larkin throws herself into the performance without restraint. N.M. © AudioFile 2019, Portland, Maine [Published: DECEMBER 2019]