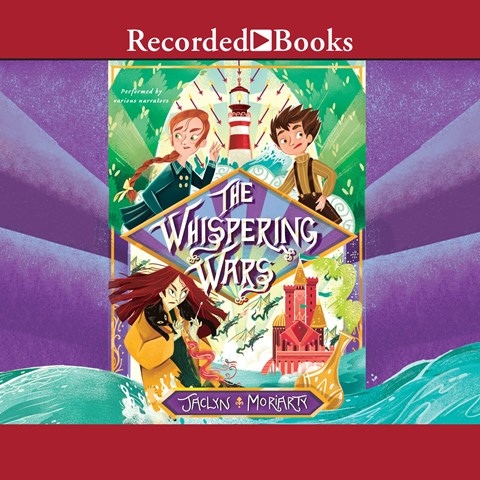 Three narrators amplify the fun in this delightful fantasy about rivalry and teamwork. When the Orphanage School places second (on a technicality) behind the posh Brathelthwaite School at the Spindrift Tournament, the orphans furiously wage war against the rich kids. In hilarious alternating chapters, orphaned Finlay and privileged Honey Bee recount their sides of the story. But when the town of Spindrift becomes embroiled in an actual war with the Whispering Kingdom, the kids join together to fight dark magical forces. Each narrator enlivens a variety of quirky characters with distinct voices. Edward Killingback gives Finlay an easygoing affability in contrast with Sarah Ovens's prim Honey Bee, who sounds used to having her way. Imogen Wilde's brief chapter gives life to the story's quietest character. Listeners will love them all. S.C. © AudioFile 2020, Portland, Maine [Published: JANUARY 2020]