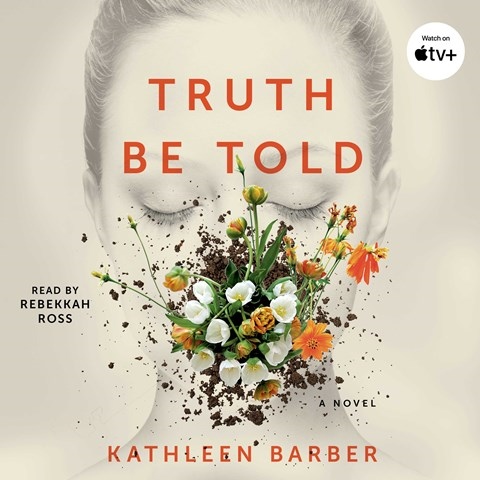 Narrator Rebekkah Ross keeps the listener's pulse racing with her multifaceted performance of a story that explores what happens when old wounds are ripped open again. When a popular podcast begins to reinvestigate the murder of a professor, his daughter, Josie Buhrman, discovers that running from a tragic past is pointless when everyone knows your story. It was Josie's testimony that put her father's accused killer behind bars, but new information leaves her questioning what she saw decades before. Previously released as ARE YOU SLEEPING, this gripping thriller is being re-released in conjunction with the upcoming Apple TV show. Ross's vivid narration captures the fear of a woman who is trapped in a horrifying spotlight. V.B. © AudioFile 2019, Portland, Maine [Published: DECEMBER 2019]