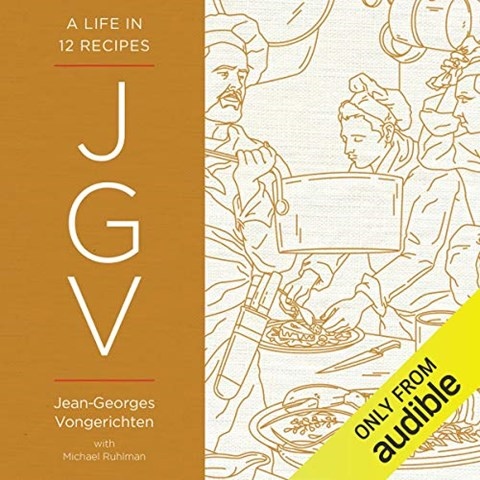 JGV A Life in 12 Recipes

Narrator Eric Garcia meets the challenges of delivering Jean-Georges Vongerichten's fascinating and revealing memoir. Most importantly, Garcia captures the hugely influential chef/restaurateur/entrepreneur's contagious enthusiasm for life, food, and fine dining. Garcia reproduces JGV's Alsatian-inflected English, providing the listener with a well-crafted version of the author's voice. He comes across as a chef who took his considerable experience in European Michelin-starred restaurants and parlayed it, and his personality, into a worldwide culinary empire. He is a master of both traditional French cooking and the more immediate à la minute style, learned at his mother's side. It's no surprise that the initial recipe is his mother's goose stew. A.D.M. © AudioFile 2020, Portland, Maine [Published: JANUARY 2020]