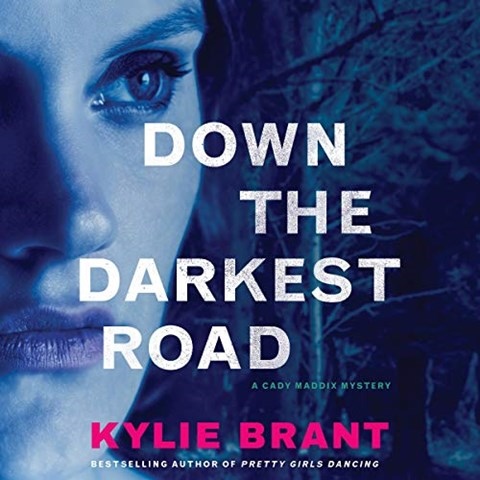 Christina Traister returns to narrate the second audiobook in Kylie Brant's U.S. Marshal Cady Maddix series, which takes place in North Carolina. Traister meets the challenge of voicing many characters, young and old, male and female, with varying degrees of Southern accents. The plot revolves around a teenager, Dylan, who five years earlier stumbled upon a crime scene that included the body of a good friend who had been murdered. Bruce Forrester, one of the perpetrators, a vicious drug-dealing criminal, is now intent on eliminating Dylan and anyone else who is aware of his involvement, including Maddix herself. Through her pacing Traister keeps listeners engaged with this police procedural and with Maddix, a woman damaged by childhood violence and committed to helping others. E.Q. © AudioFile 2020, Portland, Maine [Published: JANUARY 2020]