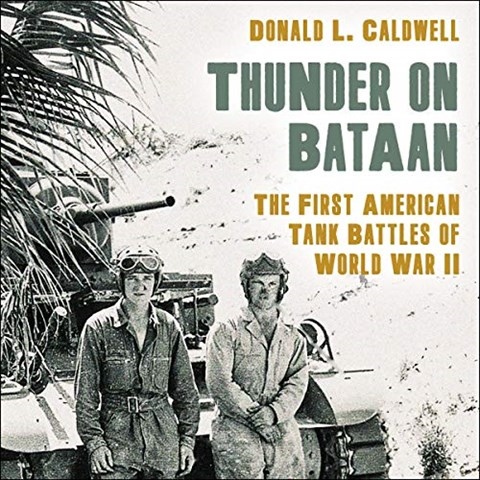 This audiobook focuses on the Provisional Tank Group (PTG) of WWII, which began with the establishment of a Wisconsin National Guard tank company. Jim Seybert narrates the story of the resistance by U.S. and Philippine forces to the Japanese invasion of the Philippines from December 1941 through the spring of 1942. Seybert's deep, resonant voice is a good match of voice and text. With deliberate pacing and clear enunciation, he ably describes places, individuals, and incidents as we follow the featured National Guardsmen from their homes in several states through the federalization of their units in 1941, their deployment to the Philippines, their combat with the Japanese, and their ordeals as prisoners of the Japanese Empire. The resistance of Americans and Filipinos has finally been given a much needed account. M.T.F. © AudioFile 2020, Portland, Maine [Published: JANUARY 2020]