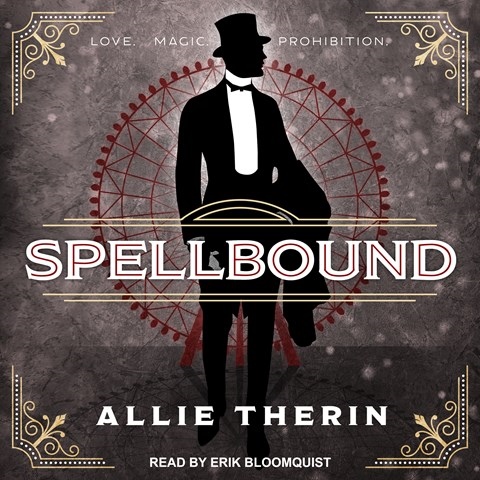 New York City. 1925. In the first of a new paranormal series, narrated by Erik Bloomquist, Rory hides his rare magical talents. When wealthy non-magical Arthur needs Rory's skills, the two men battle supernatural foes while accepting their growing attraction. The listener is pulled into Rory and Arthur's world by the story rather than Bloomquist's performance. One needs time to acclimate to his flat delivery. Furthermore, though he gives discernible voices to most characters, his accents are often inconsistent. Add in the production's uneven sound quality, and the print version is likely the best bet. A.L.S.M. © AudioFile 2020, Portland, Maine [Published: JANUARY 2020]