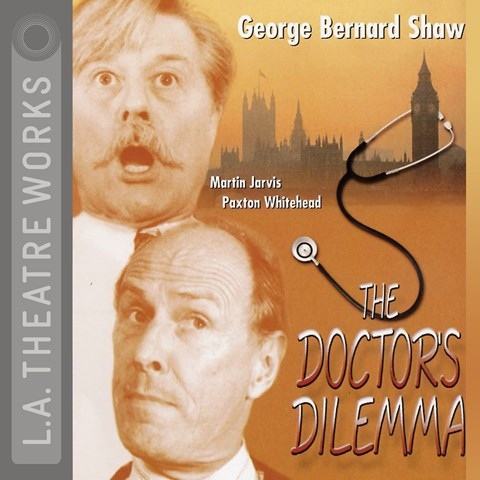 Read this 1906 Shaw play about medical ethics, and you might wonder if the master wit had nodded a bit. On the page this satire of doctors faced with the choice of curing the tuberculosis of either an unscrupulous but talented artist or a meek friend might seem old-fashioned. But hear this thrilling performance by L.A. Theatre Works, and you will wonder how your reading missed the many delights of the work. In the hands of director Rosalind Ayres and her cast, the satire elicits steady laughs from the live audience as the Harley Street medical cronies become a seamless comic ensemble, and, best of all, each of the play’s many shifts from comedy to drama is brought off unerringly. Compare these tapes to the staid and stuffy 1958 film with Leslie Caron and Dirk Bogarde, and you’ll admire the skill of L.A. Theatre Works at capturing the energy and intelligence of this play. G.H. Winner of AUDIOFILE Earphones Award. © AudioFile 2000, Portland, Maine [Published: APR/MAY 00]